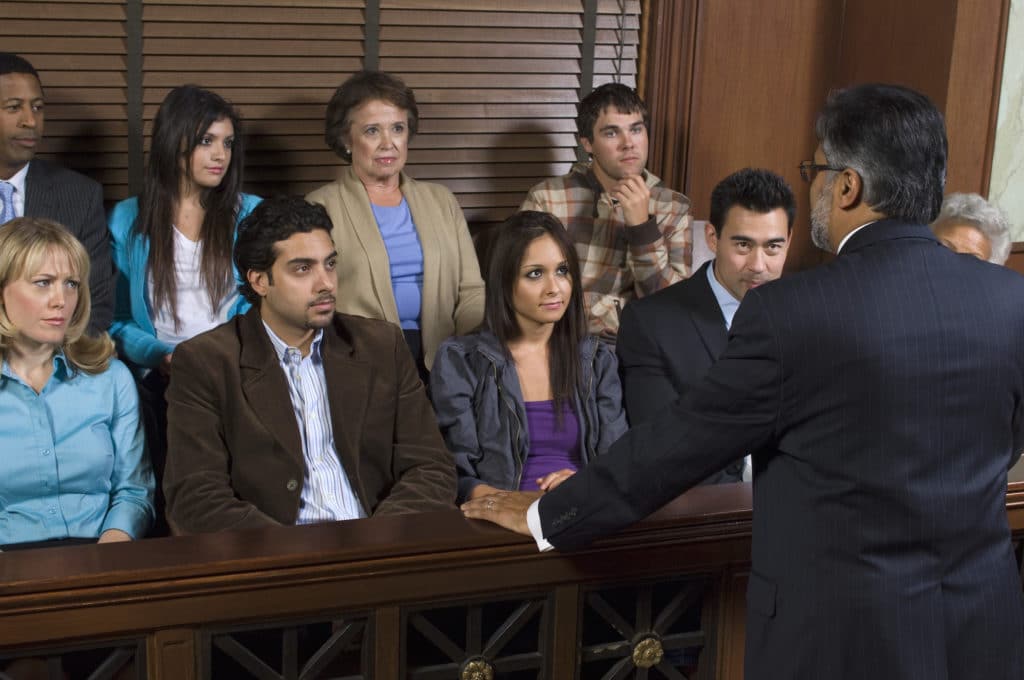 Most people know that the sixth amendment is there to offer a key group of rights designed to make criminal persecutions fair, accurate, and legitimate. The sixth amendment guarantees a couple of things and perhaps the most commonly known is that of a jury and a speedy trial. The amendment, however, goes beyond that and has an important history that informs some of the underlying principles behind the law.  The use of juries throughout history has taught us a lot about how juries function, how they think, and effective ways to eliminate bias that might hurt a defendant or client in a case. Here at Jonathan Leach, LLC, we have conducted a lot of post-verdict research that has led us to interesting findings and conclusions about the way jury selection works. Of course, as societies change and the culture shifts, we are always learning new ways to make the process more effective and efficient.

In a previous post, we went into a little more detail about the Sixth Amendment and how it came to be. Let’s take a few moments to review this history. For the framers of the Constitution and early law, it was very important to establish a system that made criminal persecution fair, as they came from a system that didn’t always offer full rights. One way to do this is to remove the power of declaring someone guilty or not guilty from one judge and puts it into the hands of a panel of citizens from the community.

Juries of twelve ordinary men and women are central players in our system. Another part of our justice system is the fact that the Angl0-American system championed letting each side conduct their own investigation, their own questioning, gathering of evidence, and then having each side present that in court.

When an attorney is preparing for court, there are a lot of considerations that must be taken. On one side, of course, is the entire evidence gathering process: finding witnesses, documents, records, photographs, etc. Then there is the preparation needed to bring in the jury.

Over the years, many theories have prevailed about the best way to persuade juries. Many of those theories come out of scholarly research and experience. Many of those theories are often derived from erroneous ‘wisdom’ that has been passed on from generation to generation of attorneys. For example, you may have heard the oft-repeated mantra that 80% of jurors make up their minds by the end of the opening statement. And while this statistic is often cited and used, it has been contradicted by much modern research.

As part of a defendant’s right to have a trial by jury, that jury is supposed to be impartial and this means that attorneys engage in a process of discerning possible bias and prejudices that will likely affect the way a juror listens to the case.

The juror selection process actually begins before the court component. An experienced attorney or legal team will construct a juror profile before they begin asking questions to a pool of possible jurors. This profile will identify favorable and unfavorable jurors for a given party in the case. Here at Jonathan Leach, LLC, we can often help with this process by mock trials that allow attorneys or trial consultants to identify correlated biases that might apply to a given party in a case. From here, the questions are born.

Research has taught us a few things about how juries work and how jury selection is better approached. Some findings include:

Demographics are not a high predictor of a juror’s decisions. Many attorneys either assume or operate under old research, which supposes that demographics are highly important when selecting a jury. Studies conducted in the 1970s and 80s assessed the predictiveness of juries and demographics that included gender, occupational status, marital status. The studies showed that the vast majority of reasons for verdict preferences fell outside of these demographic characteristics.

Voir Dire is not the time to try to convince jurors or sell the case. Another misconception that occurs frequently is that the main goal of this part of the process is the time that a lawyer should try to sell their case. Research has found that council tends to spend too much time trying to influence jurors at this point and not enough time listening. One study found that 60% of the time spent talking during this process was done by attorneys and not jurors.

Prepare for Trial with the Right Tools and Research

Here at Jonathan Leach, LLC, we help attorneys prepare their cases for trial and ensure the best jury selection process. With years of experience and continual research, we have learned some of the central themes in trial preparation and the changes in jury selection processes. If you’re preparing for trial, call us today. Walk into the courtroom with evidence-based confidence and research.

« A Look at the Fifth Amendment and Why It is Key to Our Justice System
Mastering Jury Trial Preparation: Opening and Closing Statements »