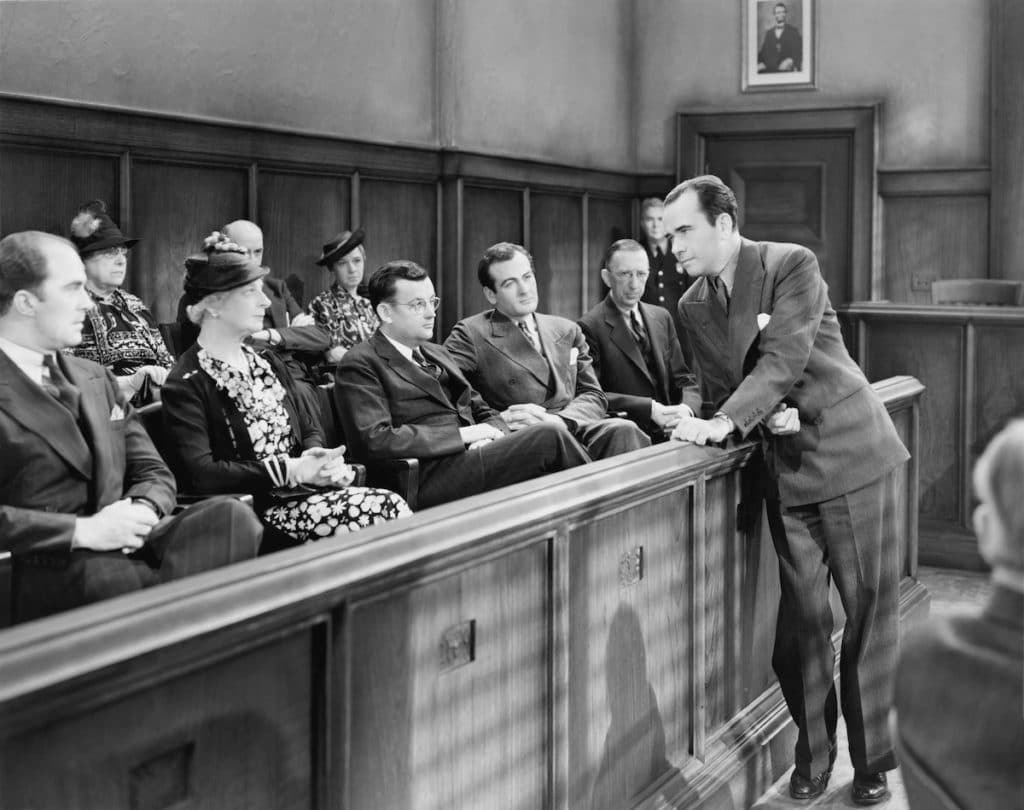 Let us go back a few years. We can revisit any number of classic courtroom scenes, but one that often stands out in people’s minds is the film with Matthew McConaughey and Samuel L. Jackson. The film was based on a John Grisham book and got quite a lot of play upon its release because of its powerful statement on race. If you don’t remember the film, the plot deals with a young African American girl being brutalized by a couple of white supremacist-types. As the two suspects are being led from their parole hearing, the father of the victimized girl—played by Samuel L. Jackson—bursts in and kills the two suspects in cold blood in the courtroom steps.  The lawyer must then defend the father and find a way to make the jury believe that the murder of the two accused rapists was justified. The final closing statement shows McConaughey narrating the whole story to the jury and then using a slight narrative trick at the end to catch the jury in their own bias. It’s very dramatic but seems to work quite well and it certainly highlights just how moving these statements can be.

What are some useful tips and approaches we here at Jonathan Leach, LLC help lawyers with when preparing for trial?

Every attorney knows that the opening statement is the first impression. There is a lot that rides on the first impression and the opening statement should open the door for the rest of the trial themes to be presented. It’s also vital to be exceedingly clear about the evidence that will be presented and what that evidence intends to prove. Using balanced and ethical rhetorical devices is a good way to set up your trial themes the right way.

What To Expect from an Effective Opening

There is a couple of characteristics to keep in mind when it comes to an effective opening:

Research shows that the attention level of jurors is at the highest when it comes time for the opening statement. This might be for several reasons: they are excited to have been chosen, they are new to the process, they are filled with intentions of serving their duty, etc. This is why they are in a heightened state of awareness and susceptibility to impressions. The opening statement must be carefully thought out and devised in order to take full advantage of the jury’s state of mind.

When it comes to trial preparation, here at Jonathan Leach, we support attorneys as they work through their trial statements and preparation. Common and general tips also include:

There is so much to unpack in a good opening and closing statement. We use sophisticated jury research and present mock scenarios that allow attorneys to see how much of their message is getting across. If you need to prepare for trial, connect with Jonathan Leach, LLC today and we’ll help you get ready.

« What We’ve Learned About Juries and Why the Sixth Amendment is Key
The Art of Witness Preparation: A Vital Aspect of Getting Ready for Trial »