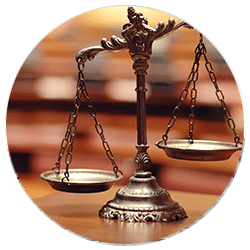 Mock Trials: How They Can Help You Prepare for Trial

"Jonathan: thanks for your help at the trial. I have asked [my client, a co-defendant] to contribute to your courtroom work, since we were ‘free-riding’ on it. I was very impressed with your insights."

"[Our expert] took the stand early this week and performed exceptionally. All of us were very impressed. His improvement as a witness was incredible. All of his hard work, and certainly his time with you, paid off in full."

"[The witness] stayed on message. There were even a couple of moments where he scored some really good offensive points. Ultimately, they scored no points at all on him. I have to say, this is one of the most improved witnesses I have ever seen."

"You were an extremely important addition to the trial team. This will not be a one-shot deal for you with TXU. I will certainly use you again."

"Jonathan, your patience and your keen sense of humor saw us through. Please accept my esteem and gratitude."

"Thank you, Jonathan, for your invaluable help. Your advice each evening, and your ability to quietly influence the outcome of the trial, was sincerely appreciated."

"I very much enjoyed working with you and was pleased with the focus groups, as well as the information you were able to provide as a result."

"Jonathan is top-drawer. His advice is invaluable when theming a case. He is also excellent in working with witnesses to ease their concerns, focus their message, and prepare them to withstand cross-examination."

"I’ve done projects with other jury consultants. This is the best jury-consulting experience I have ever had."

A well-designed mock trial simulates real-world conditions in the courtroom. It features a judge, jury, opposing counsel, stipulated facts, deliberations on the actual verdict questions, and sophisticated presentations of evidence.

As such it is a fairly elaborate dress rehearsal for the real thing. In spite of its abbreviated format, the mock trial yields detailed insights into a number of issues of concern to the trial team. Which evidence are jurors likely to point to as being most important? Which witnesses do they find most credible, and why? How do they approach the actual language of the verdict form? Are there aspects of the mock jury panel that suggest which jurors will be most (or least) amenable to our own case position?

What is a Mock Trial?

At the heart of the process is the mock jury: a panel of carefully recruited research participants whose unfiltered responses to the evidence, the witnesses, and the attorney presentations offer a navigational tool unlike any other. Whereas a focus place typically takes place soon after the earliest pleadings have been exchanged and points to a handful of broad issues or themes, a mock trial typically takes place well into the pretrial process, though still early enough for the trial team to react to what they learn from the project. Again in contrast to the informal, somewhat improvisational give-and-take of a focus group, the mock trial imposes the kinds of constraints that prevail in an actual courtroom. For example, attorneys now become advocates. Their presentations, including opening statements and closing arguments, are time-limited and direct mock jurors’ attention to the critical issues. Witness testimony (usually excerpts of actual depositions) must be carefully selected so as to present a fair sample of how both sides will use that testimony. Most importantly, mock jurors deliberate, on their own, on verdict questions similar or identical to those that will be seen at trial.

How it Can Help You

As many of our clients have observed, there is no substitute for watching a group of strangers talk about issues and case narratives that before this point have been only abstract concepts. Evidence that the attorneys may have believed was central may strike mock jurors as relatively unimportant. Conversely, jurors may express deep concern about matters that the trial team and client treated as secondary. No matter how mock jurors react, it is the details of their reactions that make the mock trial so valuable. Issues and themes are now put to the test in a detailed, case-specific format. And attorneys and clients get a unique opportunity to see how actual jurors are likely to problem-solve the case.

A mock trial encompasses a full day, and often multiple days. Several rooms are used, one of which simulates the arrangement and appearance of an actual courtroom. Smaller conference rooms become jury deliberation rooms. Multiple phases of a traditional trial are reenacted. Opening statements by both sides (one of which is a role-play surrogates) frame the issues in dispute. Witness testimony can be tested using a variety of tools. Trial exhibits, including call-outs of key documents as well as timelines and other demonstratives, are often used, since they, too, are being tested for their effectiveness. Juror feedback is gathered throughout the project, culminating in a realistic, end-of-project jury deliberation on a set of verdict questions that anticipate those likely to be used in the actual trial.

What We Can Do For You