The Sixth Amendment and How It Came to Be 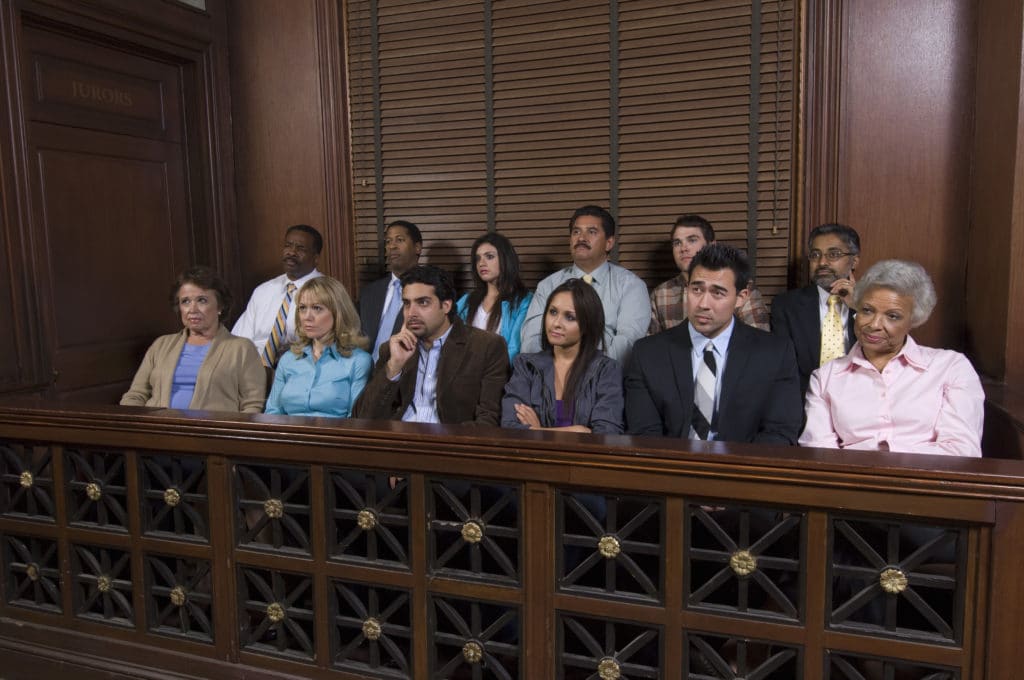 Embedded in the fibers of our justice system is the fundamental idea that all human lives are valuable and that freedom is an inalienable right. This is why our society does not take stripping someone’s freedom lightly. The system may not be perfect and it has its flaws, but when it comes down to it, it is an incredible testament to a country that values freedom and human life. One of the most valuable tenants of our justice system is the very premise that you are innocent until proven guilty. This idea alone separates the U.S from a lot of other countries who do not hold this high standard before their citizens are stripped of their freedom of punished under the law.  As part of the system that maintains your innocence until it is proven otherwise, there is a right to a speedy trial by an impartial jury. The jury selection process is important in any trial, as any criminal lawyer will tell you. So let’s take a look at how this very right came to be and why it matters.

The framers of our country set up a government of checks and balances that created safe holds and built-in preventative measures to impede tyranny. The system of government was derived from the ideas of the Enlightenment. Thinkers and writers such as John Locke and Montesquieu wrote about effective governments and natural law. John Locke, for example, gave the founders ideas that rights are not bestowed by the government but by nature itself; that is, the very idea of an inalienable right is attributed to thoughts of people like Locke. Montesquieu wrote about ideas of separation of powers and dividing government into separate branches that could check and counterbalance each other. A lot of these concepts spilled over onto our justice system, which is predicated on the assumption that an accused is innocent until they are proven guilty beyond a reasonable doubt.  Through all of these ideas, the framers put together a Bill of Rights, the first ten amendments of the Constitution which enshrine important rights that keep the government from becoming tyrannical. And one way a government becomes tyrannical is when there are no safeguards in the justice system and they can use that system to oppress the people. Within these ten amendments, we see important rights such as freedom of speech and religion, freedom to bear arms, the right to privacy, and the right to a speedy and fair trial with a jury of our peers.

The Sixth Amendment — The Enshrined Right to a Trial by Jury

The Founding Fathers wrote a lot about the criminal justice system, as they understood it as a necessary part of any society and wanted to ensure that it would not grant too much power to the State or allow the State the ability to abuse its power through it. The sixth amendment reads as follows:

In all criminal prosecutions, the accused shall enjoy the right to a speedy and public trial, by an impartial jury of the state and district wherein the crime shall have been committed, which district shall have been previously ascertained by law, and to be informed of the nature and cause of the accusation; to be confronted with the witnesses against him; to have compulsory process for obtaining witnesses in his favor, and to have the assistance of counsel for his defense.

There is a lot going on in the text above. In fact, the sixth amendment outlines seven clauses when a citizen faces criminal charges. First, there is the idea that there should not be unnecessary delays in your trial to prevent unnecessary incarceration before any guilt is actually proven. There is some argument on this, as sometimes trials have been known to have delays. Let’s focus on the jury clause.

The importance of this clause cannot be overstated. First of all, it protects the accused from the persecution or the whims of a biased or corrupt judge. This clause stemmed from the knowledge of what happened in England and other parts of the world where the accused were under the whims of a judge. The right to a trial by jury removes the power from the hands of one judge and puts the verdict into the hands of average citizens, usually of your own community.

The Importance of a Jury Selection — Understanding the Search for Impartiality

The important part of understanding the jury selection process is knowing that you are looking to find a group of citizens that are less likely to have biases that might hurt your trial from the get-go. Here at Jonathan Leach, LLC, we assist clients with the jury selection process by helping them prepare questionnaires that help filter out jurors that might have biases that affect their ability to hear the case objectively.