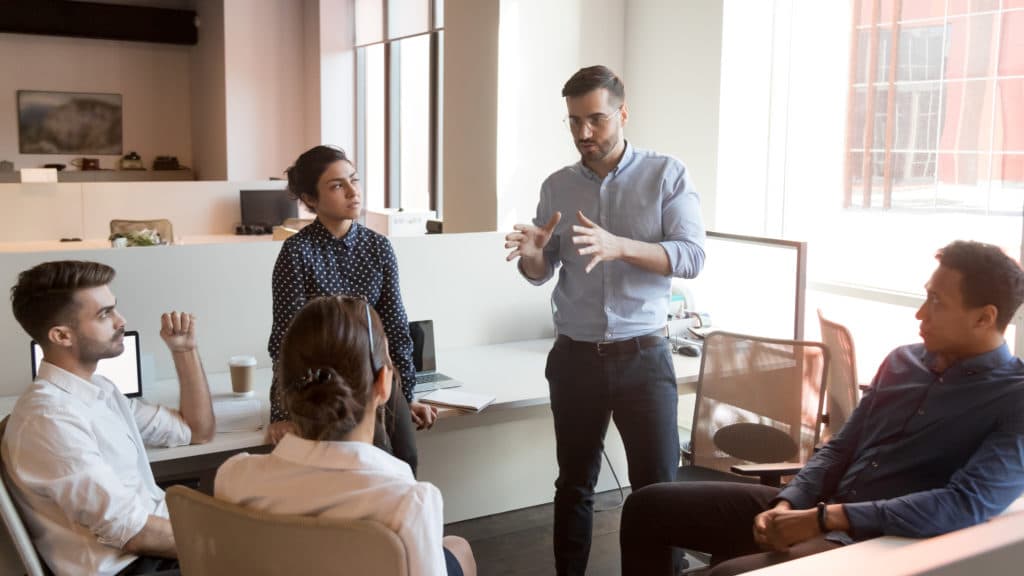 Litigation lawyers have their plates full one hundred percent of the time. Whether they are defending a personal injury case, fraud, or intellectual property disputes trial lawyers are either involved in collecting evidence, calling insurance companies, digging up records, talking to witnesses, collecting data, conducting discovery, mediations, and preparing arguments and clients for trial. And yet, many civil litigation lawyers fail to explore one avenue that can be quite helpful when dealing with complex or high-profile trials. One of these helpful techniques includes the use of focus groups for research and practice.

What is a Focus Group? — A Look at a New Approach to Social Science

Focus groups are used in a variety of fields today. It’s a research technique that allows the collection of data by using groups of people and extrapolating public opinion or ideas from the group. During the 1930s social science research involved a lot of one-on-one close-ended interviewing. Concern grew about the validity of the limited data and researchers began employing a more open-ended interview style with groups of people rather than just individuals. During World War II, these focus groups were used in studies of morale, how mass media affected the larger public, and more.

A Quick Fascinating History Into the Origins of Group Research

The genesis of the modern focus group is often accredited to Columbia University’s Robert Merton at the US Bureau of Applied Social Research. A lot of the ideas and approaches to focus groups are also credited, however, to one of the 20th centuries most well-known psychologists, Sigmund Freud. This is because they operate under the premise that people often operate with unconscious biases or impulses.

The format of early focus groups, in particular, had a very psychology driven approach. Ernest Dichter, who coined the term focus group, was an acolyte of Freud and came in with the idea that only through deeper interaction and insight could one get a true notion for why people made the consumer choices they did (Dichter’s use of focus groups was aimed primarily at market research). So it was through digging deeper into the human psyche that an understanding of people’s primordial urges would come to light. Sounds very nefarious right?

The fact is that understanding the way a group of people thinks and react can be valuable information for people developing products or marketing campaigns, as well as political campaigns. Here are some of the focus groups led by Dichter:

This approach fell out of favor eventually and was replaced by much more scientific data gathering, as capable with computers and large surveys. The Freudian approach became somewhat unpopular and not as prevalent.

Developing products and tapping into people’s suppressed desires is not the only use for focus groups, of course—albeit an interesting history it is. It’s not always a search for deep subconscious desires, but the tools of the focus group serve many different purposes.

Today, the use of focus groups happens in everything from social science research to marketing research to political campaigns. Most cutting-edge products are not launched into the wider market without some focus group testing.  The idea is to allow people within the group to interact with each other and to get a bigger picture of how people might react and think about the particular topic, discussion, or product at hand. For an attorney that will need to select a jury, this could be very helpful in looking for certain characteristics or understanding people’s general response.

What are Focus Groups in a Legal Context? — How Do They Help Litigation Lawyers

Focus groups function kind of like juries. Selected juries, after all, are a group of people chosen and selected from a bigger pool in order to listen to a particular case, discuss it, and make a decision. Focus groups can provide attorneys and consultants with useful insights about how people think, talk, and feel about specific topics. For example, if you’re dealing with a discrimination case and want to get an idea of how people think and feel about the situation or qualitative information about the feeling towards a certain kind of case.

They can help you by:

Here at Jonathan Leach, LLC, we specialize in trial preparation and research. Our goal is to help litigation attorneys really explore their options before taking it to court so that they are not only choosing the jurors wisely but approaching their case with confidence and solid research behind it. Focus groups are only one way we can help. Give us a call today and find out more!

« The Sixth Amendment and How It Came to Be
Trial Themes: How Using an Effective Narrative Can Save Your Case »