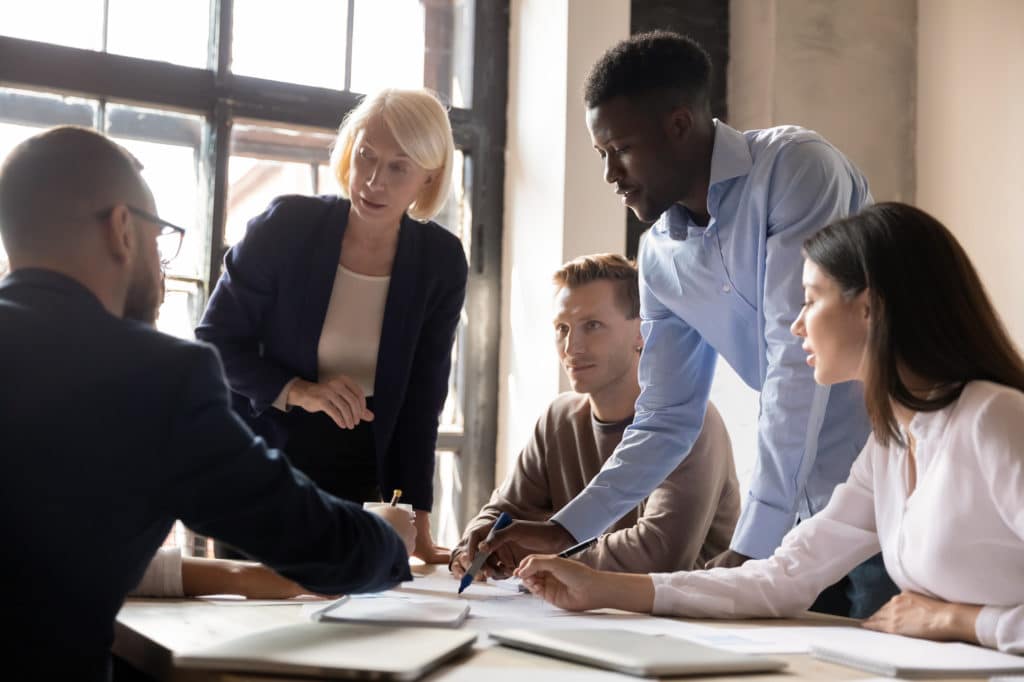 Trial lawyers implement a variety of tools to help them construct an effective trial. And while the trial depends on evidence, witness testimony, and other hard facts, the narrative shaping of a trial is a major component of appealing to juries. Trial lawyers prepare for juries in several ways. One effective way to deep dive into a case is by using focus groups.

Focus groups originated over 80 years ago. We detail the fascinating history of these groups here and its ties to war propaganda and market research. The history of focus groups is an indication of their effectiveness across time and how modern trial lawyers have made use of new research techniques like this one.

So how do focus groups work, and how do they tie into your trial themes?

First, what is a focus group?

If you are a trial lawyer or have worked in a law firm, you have a semblance of an idea. When talking in a legal context, a focus group is defined as a group of people (often that resembles the potential pool of jurors) as a way to provide feedback about how they understand the general premise and evidence of a trial.

The groups are typically made up of 8-12 people. When it comes to trial research, these groups are meant to reflect a typical jury pool of the community the trial will take place in. When preparing for a trial, attorneys will present the case or potential themes of the case and observe reactions, take notes, and elicit feedback.

It’s all About Perception

For a trial lawyer, understanding how other people (particularly certain groups) might perceive a specific case, is valuable information. And while a focus group cannot predict the outcome of a case, it can help a lawyer find the most effective approach.

Ultimately, how a jury perceives the case will have an impact on the outcome. We’ve seen this in many high-profile cases. In the George Floyd case, for example, the jury already had a strong perception of what that case was about. Oppression and racism played a big role in the perception of the case but were not actually part of any formal charges.

Depending on the kind of case on the table, the strategies may change. Ultimately, however, a focus group can hover around three main objectives:

Exploration: A difficult case may benefit from exploration and discovery. This might be in the initial stages of case preparation. A focus group is useful in exploring possible themes that might emerge during the trial. If a focus group is used as an exploration, attorneys can venture into different themes and languages to see which is most impactful.

Juror Profiles: For some cases, attorneys will want to research to identify the “right” type of juror. They might use focus groups to try and research particular types of jurors to find which characteristics might help them the most in the trial. With a focus group, trial lawyers can deep dive into various types of personalities, backgrounds, and even demographics that react favorably to their case.

The Role of Focus Groups in Exploring Trial Themes

Composing trial themes is all about finding the right narrative for the case. An attorney understands that narrative and storytelling play a big role in how a jury perceives a case. Focus groups can thus help lawyers explore various kinds of themes that may better communicate their case to the jury.

The idea of focus groups is nothing new. They have even been represented in films and television. Most famously, perhaps, focus groups appeared in the hit television show, Mad Men. Several episodes of the hit tv series featured focus groups and their role in advertising and marketing. In one famous episode, several female employees form a focus group to explore the most effective themes for Pond’s Cold Cream. The group ends up divulging personal experiences intricately tied to their lives, using it as a kind of group therapy session—not exactly how legal focus groups work.

On the contrary, focus groups must be assembled and handled correctly in order to make the most of the opportunity.

Themes are everything when constructing narratives for juries. The evidence of the case is presented within the confines of these themes and in a way that structurally follows the premise of the trial themes. It’s why trial lawyers understand the value of exploring and finding the most poignant and relatable trial themes.

Are you embarking closer to the jury trial? Jonathan Leach, LLC has been conducting jury research and preparation for years. Call us today and learn about what we can do to help you prepare!

« The Trial Lawyer as a Storyteller & The Role of Effective Trial Preparation
Trial by Jury During and After Coronavirus: How Courts & Trial Lawyers Adjusted, Improvised, and Learned »